Support from the European institutions for the Supply Chain Initiative

On 16 September, AIM and six other EU level associations launched "The Supply Chain Initiative, together for good trading practices”, with the aim to increase fairness in commercial relations along the food supply chain. Since then, this initiative has gathered more and more support. On 3 December, the Competitiveness Council welcomed it in its conclusions. On 11 December, it is now the European Parliament, through the report of MEP De JONG, which has offered support.

The European Parliament adopted today a Resolution on the European Retail Action Plan for the benefit of all actors.

The European Parliament welcomes the action plan of the European Commission adopted in January 2012, which set out the strategy to improve the competitiveness of the retail sector and to enhance the sector’s economic, environmental and social performance. It also supports some of the main actions associated with it i.e. the creation of a permanent High Level Advisory Group on Retail Competitiveness, in which brand manufacturers will be represented.

The rapporteur of the European Parliament clearly states in the explanatory statement that he is “not convinced of the effectiveness of a purely legislative approach” to deal with unfair trading practices. Therefore, the European Parliament supports the Supply Chain Initiative and the principles and examples of fair practice in the food supply chain, as well as the framework for the implementation and enforcement of these principles.

The European Parliament also calls on the European Commission to “review the practical effects of the voluntary initiative, including the enforcement of the principles of good practice, within one year of its entry into force”.

Two weeks ago, the Competitiveness Council had also supported the initiative. It had invited all stakeholders to take part and called on the “European Commission together with stakeholders to assess the effects and application of the Principles of Good practice established in the Initiative and report to the Council in 2015”. 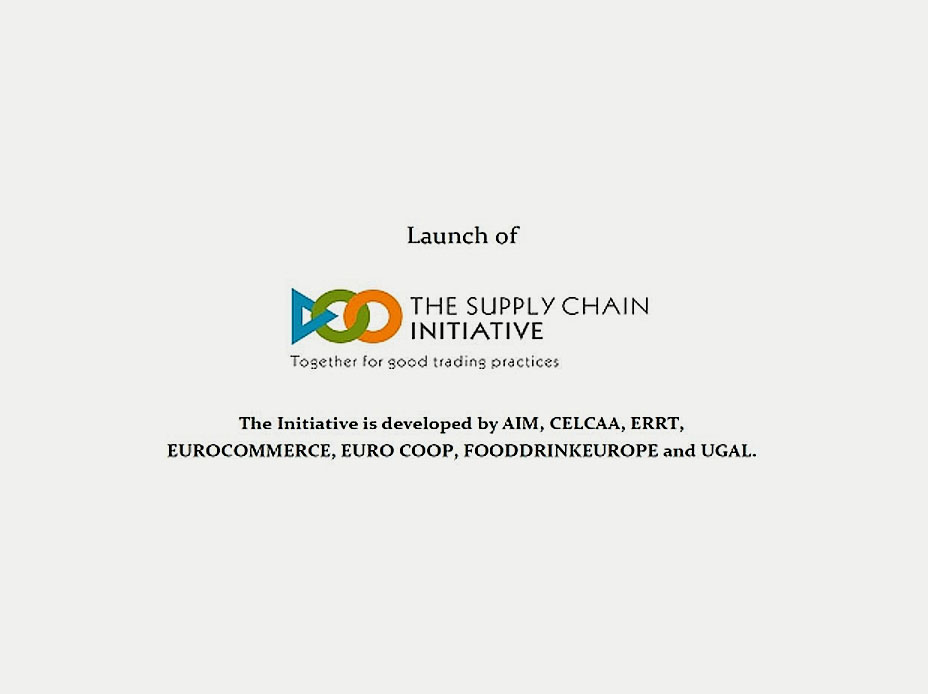 AIM is convinced that the common will of so many public and private actors in favour of a culture change in the supply chain will give the right impetus to all stakeholders to get involved and play their role in eliminating unfair trading practices.

Link to the retail action plan.

Link to the conclusions of the Competitiveness Council, 2-3 December 2013.

Link to the Resolution of the European Parliament on the European Retail Action Plan for the benefit of all actors.