Together with seven associations and NGOs from the food supply chain, AIM calls on the European Commission to propose legislation to combat unfair trading practices in Europe. The letter signed by the European Brands Association AIM, the European Council of Young Farmers Ceja, the Liaison Centre for the Meat Processing Industry in the EU CLITRAVI, Copa-Cogeca representing European Farmers & European Agri-Cooperatives, the European Federation of Food, Agriculture and Tourism Trade Unions EFFAT, the Fair Trade Advocacy Office FTAO, FoodDrinkEurope and Oxfam International emphasises the need for the EU to establish a fair, transparent, equitable and sustainable food supply chain that can benefit all its actors. Now is the time to act in order to protect the economic, social and environmental sustainability of the food supply chain and consequently strengthening Europe's competitiveness and growth to build a stronger and more inclusive Europe.

According to regular surveys conducted since 2011, AIM members, large and small, are seeing an increasing trend of unfair trading practices in the supply chain among commercial partners. The latest AIM survey reveals that 97% of companies were exposed to at least one UTP in 2016 - a situation that clearly identifies UTPs as a major issue for European brand manufacturers, whatever their size. This is contrary to the principles of good faith and fair dealing, and has detrimental effects on European competitiveness with more resources tied up in dealing with unfair practices, and consequently less time and resources being available for innovation, investment and creating value for the consumer.

An EU legislative framework is needed to: 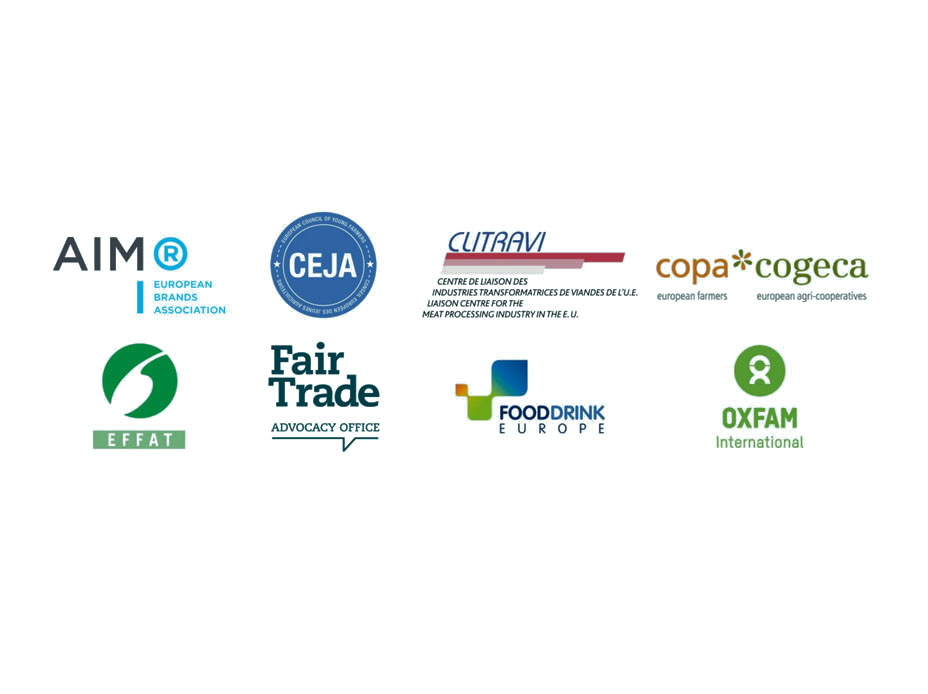 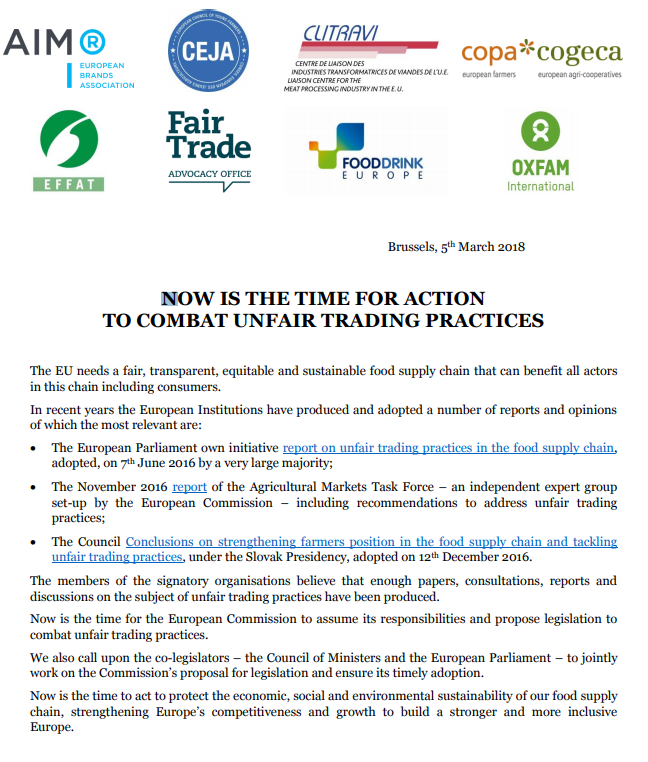