On 8 July, Dawn Franklin, Chairman of AIM's Trade Mark Committee, acted as an industry expert at a hearing of the European Parliament’s Legal Affairs Committee on the proposed Trade Mark Package (put forward by the European Commission on 27 March, see link below). Without going into its more technical details, Dawn expressed industry’s broad support for the Commission’s proposals, underlining the importance of efficient and effective trade mark regimes to support European innovation, growth, job creation and consumer confidence in branded products (for more detail, see link below to the initial comments submitted by AIM's Trade Mark Committee).

This important Package of proposals aims to modernise the co-existing European and national trade mark systems (Community Trade Mark, “CTM”, Regulation and Trade Mark Directive), both to update their provisions and to promote greater convergence of practices and procedures throughout the EU. While stressing the importance to business of these two systems, Dawn refuted comments put forward by some national representatives who had argued that the needs of their national SMEs could be met only by focusing on their current national systems without a move to closer harmonisation. Far from damaging SMEs, a more common administrative approach to trade mark regulation would help to create an environment in which SMEs can grow cross-border without unnecessarily bureaucratic barriers.

The main political focus of the debate relates to governance issues. The Commission’s intention to change the structure and management of the European TM Office, known as the OHIM, has met with fierce criticism from national TM offices. To date the OHIM has been more independent than other EU agencies. While not commenting on these political issues directly AIM, and indeed the TM Offices and other industry bodies, have voiced strong opposition to the idea that any surplus, collected from CTM applicants and owners by the OHIM, should be transferred elsewhere from the OHIM budget. Any suggestion that trade mark fees should become a general revenue stream for the EU cannot be countenanced.

Another headline issue is the Commission’s attempt to include counterfeit goods in transit through the EU within substantive TM law, essential if customs officers are to be able to control this burgeoning illegal trade. 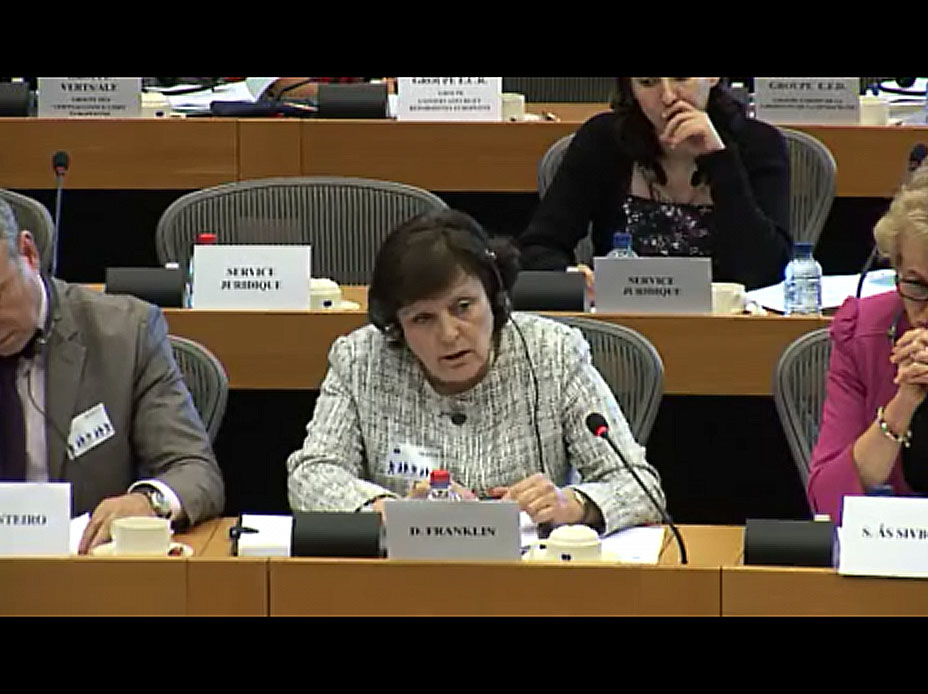 Supporting this proposal both Dawn and the other industry expert, José Monteiro of L’Oréal, stressed that such controls do not disrupt legal trade but on the contrary help to prevent ever-growing numbers of fake products from appearing on the EU market, which damage consumers, economies and legal employment as well as companies.

The draft reports of Legal Affairs Committee of the European Parliament (see link below) are open for amendments until late September. The rapporteur, Swedish MEP Cecilia Wikström (ALDE), has laid down an ambitious timetable for adoption of the Package to pass within this legislature (before the EP elections in May 2014). Whether the Member States will be ready to accept the proposals within the same time frame remains unclear.

The Trade Mark Package proposed by the European Commission