Organised by Procter & Gamble on 16 May, AIM participated in an Open House at Tomra Germany showcasing the digital watermarks technology for accurate sorting (see picture). The sorting trials on a pilot line were run with shrink sleeved bottles, polystyrene and polypropylene tubs, film packaging and coded HDPE & PET bottles - all marked with digital watermarks - and demonstrated a basic proof-of-concept for this marking on packaging.

Background
The digital watermarks project was part of the broader pioneering project HolyGrail which, facilitated by the Ellen MacArthur Foundation, started three years ago and officially closed in May 2019. Six AIM members were directly involved in this project: P&G (project leader), Danone, L’Oréal, Pepsico, Nestlé and Henkel. Within this project, different innovative projects in the field of improving post-consumer recycling by using chemical tracers and digital watermarks for better sorting were investigated. Digital watermarks turned out to be one of the promising projects within HolyGrail. It opens new possibilities for sorting that are currently not feasible with existing sorting technologies. It has also the potential to be used in other fields such as consumer engagement and retail through the creation of smart/intelligent packaging. Major retailers in the US (Wegmans, Walmart) and in Europe are already adopting the technology in their packaging. A basic proof-of-concept for digital watermarks on packaging has been established by the project and was demonstrated during the Tomra Open House event in May. 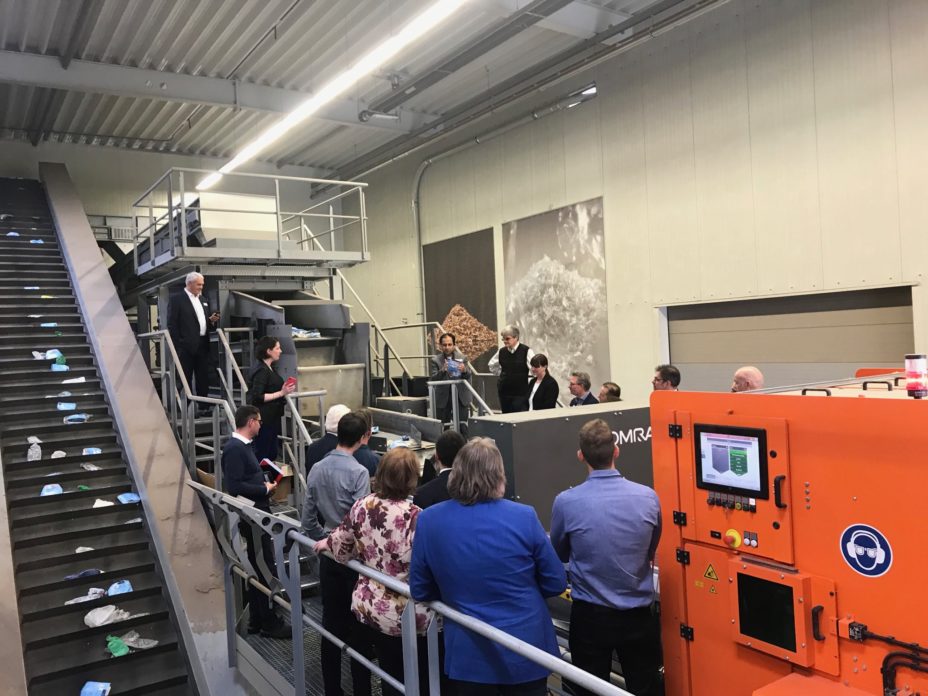